Enjoying the view from above and below.

HOW TO SURVIVE MERCURY RETROGRADE! 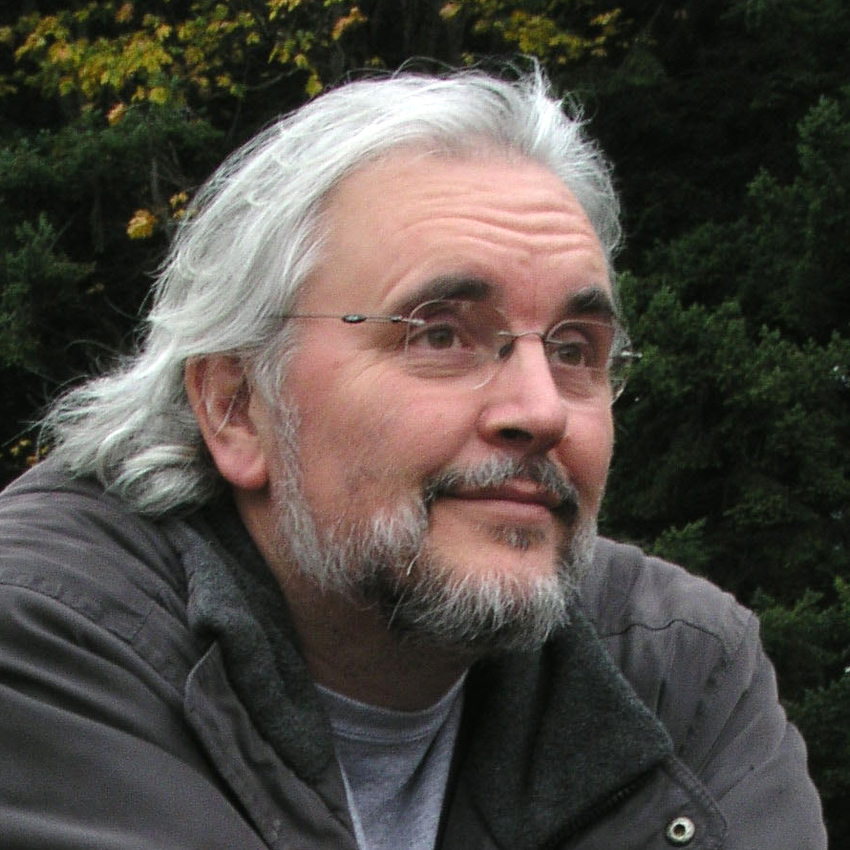 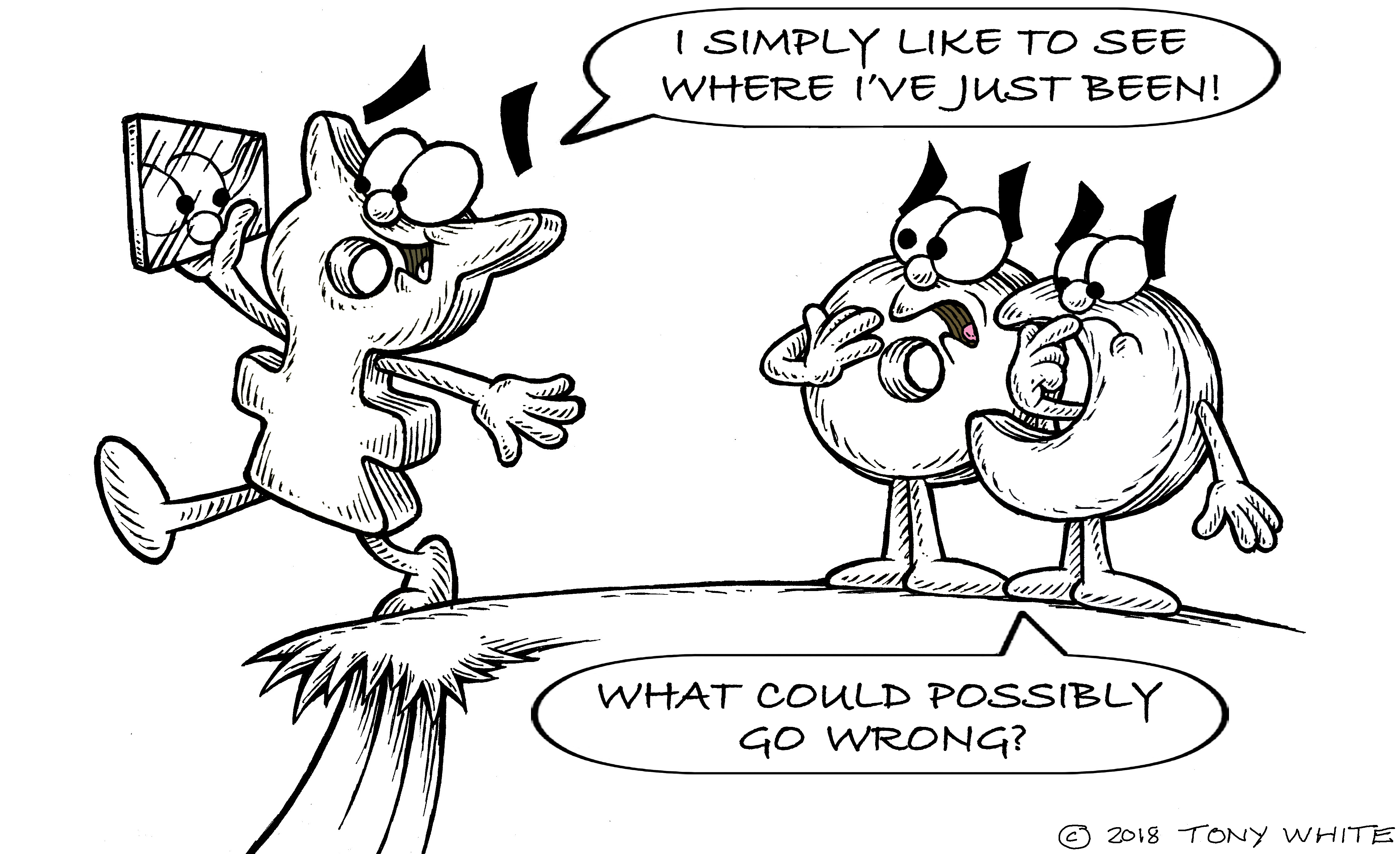 With Mercury currently retrograde (November 16 – December 6, 2018) it might be valuable for non-astrologers to explore what Mercury retrograde actually means - and how they possibly can survive it if what’s said about it is true. If the truth were known, so much nonsense is attributed to the “Mercury retrograde” effect in our lives that it would be so very easy to arrive at the conclusion that its all a great deal of hot air. But is it?

First and foremost, what actually does “Mercury retrograde” mean? Well, astronomically, it is the phenomenon where Mercury suddenly appears to be going backwards in its orbit. That part of the phenomena is actually true! Now, It’s pretty hard to fully explain why this is so in a few words. But essentially, it’s effectively an optical illusion that gives the viewer the impression that Mercury is traveling backwards in the sky when viewed against the fixed stars. This is actually a thing that’s common to all the planets at certain times in their obits but it seems that when Mercury does it captures everyone’s attention. Perhaps its because Mercury does it several times a year? Anyway, for a very clear and wholly scientific explanation of this phenomena, this video will help explain what is going one more comprehensively than I can in a few words here.

Astrologically speaking, what do we know about events that embrace the Mercury retrograde phenomenon? For a start, Mercury symbolically has dominion over all kinds of communication. In a fuller sense this will include things such as talking, learning, reading, negotiating, explaining and even travelling. Mercury can also “rule” things like contracts and agreements, where the “small print” is incredibly important. All these things can be threatened throughout the Mercury retrograde period it seems.

Popular astrological tradition tells us therefore that the period represented by Mercury turning retrograde is a time when letters are lost, messages don’t get delivered or are interpreted incorrectly, machinery breaks down, transport is delayed and contracts are broken, become confusing or are delayed. There is some observable truth to this, although it in my experience it doesn’t happen to everyone equally and therefore it is easy for so many people to dismiss it all as nonsense or a hoax.

(Note: This article is being written during a Mercury retrograde period, so the author cannot guarantee that there will not be any typos here, or even that this blog will not hang up as you try to load it onto your computer screen!)

There is however something definitely going when Mercury turns retrograde, as individuals whose birth charts have sensitive points that are triggered off by the transiting retrograde Mercury’s position will testify. All this is good reason for re-emphasizing here that it is really valuable for you to know your own astrological birth chart, to know if Mercury retrograde is likely to affect you more than others at this particular time.

At the same time, Mercury retrograde periods can be an invaluably important time for all of us to take advantage of the moment and consciously slow down our thinking processes, double check all important documents or communications we are dealing with, travel more wisely and prepare ourselves to accept delays in not only our travels but in everything that relates to the machines we use. We may not even experience the full effect of Mercury retrograde ourselves but it doesn’t hurt to go through this slowing down process from time to time anyway, so fast and hectic is our modern world anyway.

Not all Mercury retrograders are equal:

It needs to be emphasized again that Mercury retrograde will not affect everyone equally or at the same way – if at all in some cases. It is, as we say, much more active or relevant to us when it involves a sensitive part in our own astrological birth chart - and even more so if that sensitive part involves our natal planet Mercury in some form or other. Therefore if the transiting Mercury retrograde doesn’t effect specific parts of our birth charts at all, then it is quite unlikely that the Mercury retrograde phenomena will affect us at all - unless our lives are in intimate contact with others whose charts are triggered by the phenomenon themselves, affecting us by default. It should be stated again therefore that this is all a very good reason for us knowing and understanding our own particular birth chart in the first place, and perhaps even those of others who are near, dear and/or important to us in our everyday lives!

I first encountered real confirmation of the Mercury retrograde effect personally when I was once dealing with a “Staples Print Shop” manager. As a lifelong student of astrology I had never really focused on Mercury retrograde before, but this incident peeked my interest for pretty much the first time. I was having particular challenges in trying to print out out some quite urgent astrological leaflets I’d created and turned to the manager for help. She examined my paper, then the two separate machines I was unsuccessfully trying to use, and then finally the calendar on her wall. “Oh, Mercury’s turned retrograde!” is what she eventually told me. I looked quizzically at her as she explained that although she was not an astrologer herself, she always marked off the Mercury retrograde dates in her calendar at the beginning of each year - as she had learned from bitter experience that these were the times when her machinery would breakdown, or her clients would be subject to much more confusion or miscommunication, or even be delayed when trying to get to her with an urgent job. She added that even her own travel plans might be disrupted by unexpected delays at this time and therefore she needed to psychologically prepare for all contingencies – for the sake of her own health and sanity if nothing else. With such sincerity in her voice I realized that if she, a non-astrologer, had noticed and recorded such things as being real to her, then who was I, someone who was astrology minded, to ignore it any longer.

It may surprise everyone reading this that I, an astrologer, am actually the least superstitious person imaginable. I was superstitious as a kid, but I outgrew it when I started to test everything I encountered with an open, yet critical, mind. I now take the position that unless it makes sense to my personal experience of an event or situation, I will accept nothing at face value. Therefore when I encountered the “Staples lady” and her story I began to take the Mercury retrograde situation much more seriously. Since that time, I’ve seen or experienced many more examples of this phenomenon appearing in the lives of myself or others that I will now actively look for the potential of the Mercury retrograde effect rearing its ugly head in the lives of many of my friends, family and astrological clients.

What I can state with a great deal of assurance is that, for certain individuals Mercury retrograde effect can have a negative effect on their communications, their journeys and/or their mental efficiency or perceptions at that particular moment in time. It is therefore important for any astrologer to review a client’s own individual situation if Mercury retrograde is critically active at any moment in time. Indeed, I will even ensure that the phenomena is not even effecting my own chart too when it occurs, for fear of miscommunicating to clients what I see in their own particular situations!

It should also be stated here that Mercury retrograde periods are definitely not ones for us to start something new, especially if it needs a great deal of clear communication or detailed paperwork connected with it. It’s also not a good time for anyone who is being affected by this transit to think they are immune from it. They will not. Indeed, thinking it so might well be the very symptom of its effect in action! So, it’s certainly a time to slow down on all these fronts, while at the same time recognizing that its actually a good time to go back over old projects and documents and double check that everything is OK with them, as was intended. In this way, the Mercury retrograde effect can be seen positively as an opportunity too.

There are other areas where Mercury retrograde can be of advantage to us. It is a time where rash decision-making should not be encouraged. Indeed, if it should be a time where we choose instead to “sit back and smell the roses”. This should definitely be encouraged if that is not our norm. It will not hurt us either to invest some time in doing meditation, or some other form of quiet contemplation, during these periods as if letters should go astray, or machinery should break down, or our journeys should be curtailed or delayed by “unforeseen circumstances”, we don’t want negative emotional reactions to afflict us physically or psychologically. Better to be prepared in mind and body and remain calm, regardless of any provocations that are targeted at us.

With all this in mind, the Mercury retrograde periods should be seen as times when we should consciously check and double-check anything we do before we can consider it completed. For example, don’t leave things to the last minute if they are urgent. Make sure you’ve checked and double-checked your route well before you start a journey. Even check out your GPS before you travel, to ensure sure its not flipping out or you, or phone is actually charged up for the journey. All these things, and many more, can catch you out throughout the Mercury retrograde moments.

Also, ensure that any printing you’ll need is completed the night before you need it - and possible get others to check your text before you even print it, just in case there are typos or false and/or confusing statements that might ultimately be damaging. If you are taking a flight or rail journey anywhere, check and double check with the carrier that all is going smoothly and on time. Even make sure you have your tickets with you, and that your luggage well tagged. That way, if your bags should go astray then it can be returned to you at the earliest convenience.

Double-check yourself also! Absentmindedness, or forgetfulness, could also be an issue at these times. So check and double check yourself to ensure you’ve got all the timings and information you need to hand, just in case you find yourself stranded somewhere, or late for an critical meeting that you’ve totally spaced-out on!

Been there, bought the tee shirt:

Finally, for all those who’ve actually experienced the Mercury retrograde for themselves and survived, you may want to consider wearing this tee shirt that I created after one of my own encounters. The ultimate truth is that if you’re reading this blog with a smile on your face, then you too have survived Mercury retrograde yourself. So, what better than to acknowledge this fact to the world by displaying your own survivor’s tee shirt with great pride? But that said; please don’t order it during a Mercury retrograde period, as I can’t absolutely guarantee there won’t be delays in it being delivered to you. We have at least checked and double-checked the shirt lettering for typos!

In a world where individuality and diversity are increasingly important it can be incredibly valuable to get to know ourselves better. This blog is focused on just that. In other words, how timeless astrological wisdom still has a place in us understanding ourselves better. It also recognizes the value of having a smile on our lips too!