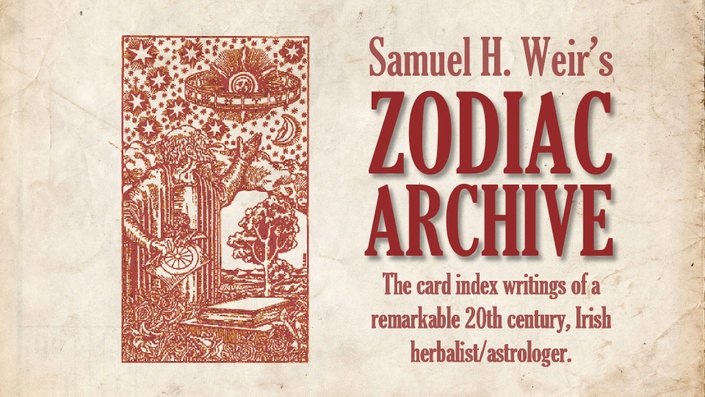 An rare and extensive hand-written collection of astrological research notes by the late, great British herbalist/astrologer!

An entire collection of over 1,000 hand-written study notes, created by the late, great 20th-century herbalist & astrologer, Samuel H. Weir. Written on 8" x 5" filing cards, this extensive collection of writings represents an entire lifetime of intensive astrological study. Key sections of this amazing archive collection will be made available in 2018. This is 'Section 01: All the Planets in the Signs of the Zodiac'.

Astrological fans, students and professionals can gain access to this amazing, inspirational material on either a monthly or yearly subscription basis. Monthly subscribers will pay $25 per month, for the section material they choose to study, whereas the annual subscribers will have access to all 4 sections of the archive for just $180, when available. Subsequent sections will be available soon. 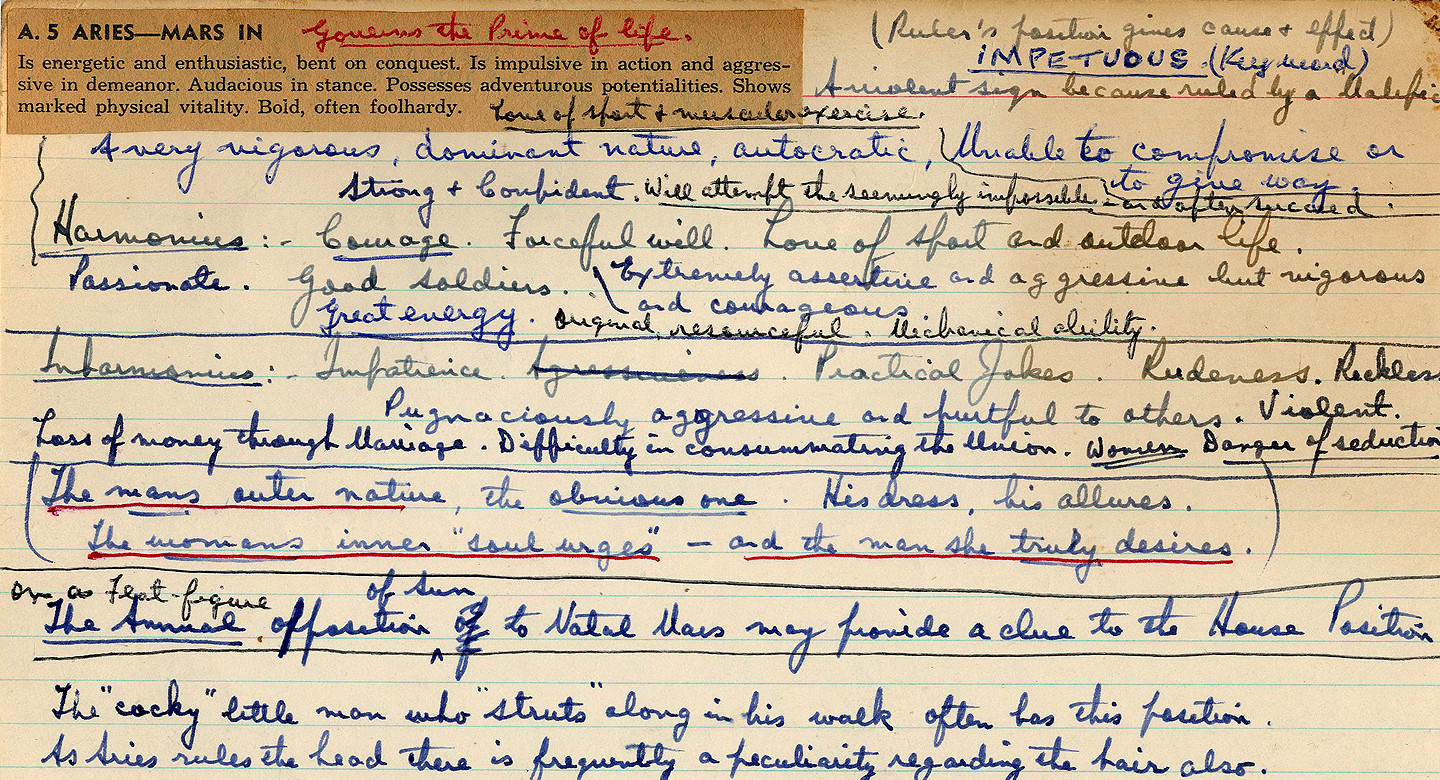 Originally born in Ireland ~ but eventually living and working just beyond the East End of London, in the UK ~ Samuel H. Weir chose to work in total anonymity throughout his life. Although he, his wife Molly and their pet dog lived in virtual poverty for much of the time, Samuel H. Weir never charged fees for his consultations. He even sold his herbs at a lower price than they could be bought elsewhere. He did this as he observed that the poor were often the most needy of his work, yet they were the ones who could least afford to pay him. So he treated them for free and would accept anyone who passed through his door, in need of his help. He also never took out medical insurance that would protect him against poor treatments, malpractice, etc. He said that if he were to do that ~ to effectively hide behind a piece of paper for legal rotection ~ how could his patients ever trust his judgement when he treated them? 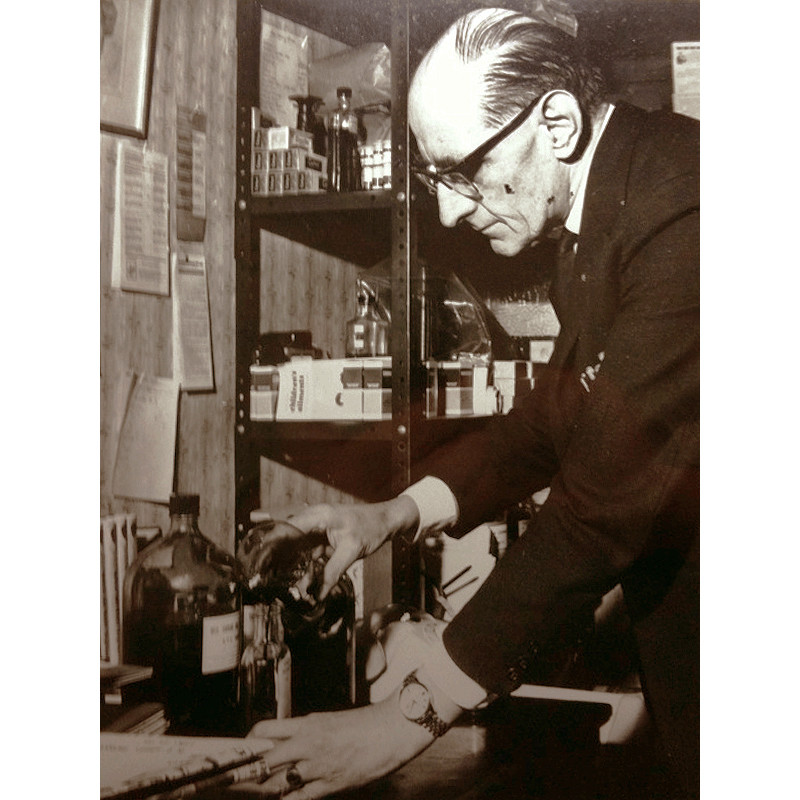 Primarily embracing a profound knowledge of traditional herbalism and medical astrology, Samuel H. Weir would effect cures that were bordering on the miraculous. He would speak especially of his preference for treating those who doctors and hospitals have given up on, for he saw them as 'already in the gutter' so to speak, and therefore they would have nothing to lose by following his treatments as requested. Often not asking what ailed a person when they came to see him, he would ask them instead on the time, place and date of their birth. With this information he was able to calculate their astrological Birth Chart and use his advanced knowledge of astrological insight to diagnose and direct their treatment. Just as the legendary Nicholas Culpepper had done many decades earlier, Samuel H. Weir enjoyed an exceptional success rate with his astrologically-diagnosed and natural-herb treated patients. 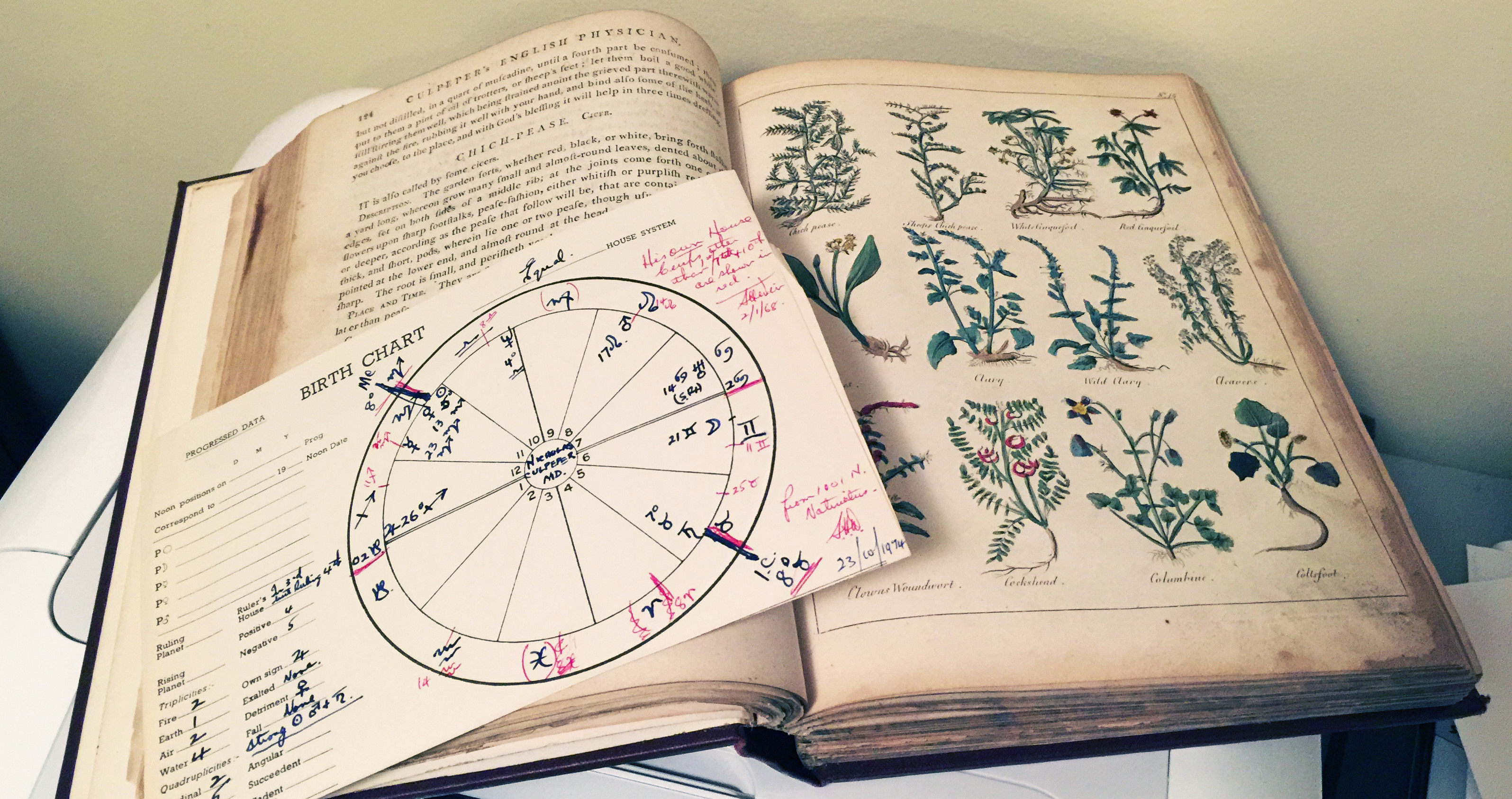 The ultimate online archived collection will comprise of many hundreds of the hand-written filing cards that Samuel H. Weir meticulously compiled throughout his long working lifetime. The writings are not entirely of his own origination however, as he would also write down transcribed notes from the various astrological magazines and books that he came across from time to time. However, he would add to these notes his own hard-won observations, born of his vast experience.

The collection is archived by Tony White, who studied the essential principles of astrology with 'Mr. Weir' when he was much younger. Tony's own mother had been miraculously cured by Samuel Weir, which is how Tony first came across astrology and the herbalist. Tony was immediately fascinated by the amazing, seemingly 'other-worldly', knowledge Mr. Weir displayed when treating his mother, then himself, then his father, then the many other family members and friends he referred to the healer. Sitting with the herbalist between patient appointments ever Saturday afternoon, Tony slowly began to learn much of the foundational side of astrology that Mr. Weir generously shared with him ~ although the herbalist pointed out more than once that this was not done to make Tony an 'astrologer'. It was more done with the thought in mind that 'in times of peace you prepare for war' with regards our unfolding life journey. Out of this liaison came also the beautiful 'Healing Herbs of the Zodiac' greetings cards and prints that Tony still sells today.

Over time Tony effectively became a second son to Samuel H. Weir, even through the herbalist's retirement and latter years. Then, following the great man's passing, Molly presented Tony with the entire collection of Mr. Weir's archived notes ~ saying that this is what her husband wanted, as he knew that 'no-one would have valued them as much as Tony would'! It was a remarkable gesture that Tony still cherishes to this day. The cards have of course been vigorously protected over the passing decades, even despite an entire relocation by Tony from the UK to the USA in 1998! Although safely preserved, the great card archive has rarely seen the light of day through the passing years, primarily due to Tony's extremely demanding career as an animator, teacher and author. However, now enjoying his quieter 'autumn years', Tony realizes that he has the time to realize a long-held dream ~ to scan and publish online the entire contents of Samuel H. Weir's rare archive, for all those who will equally value its knowledge and its wisdom. 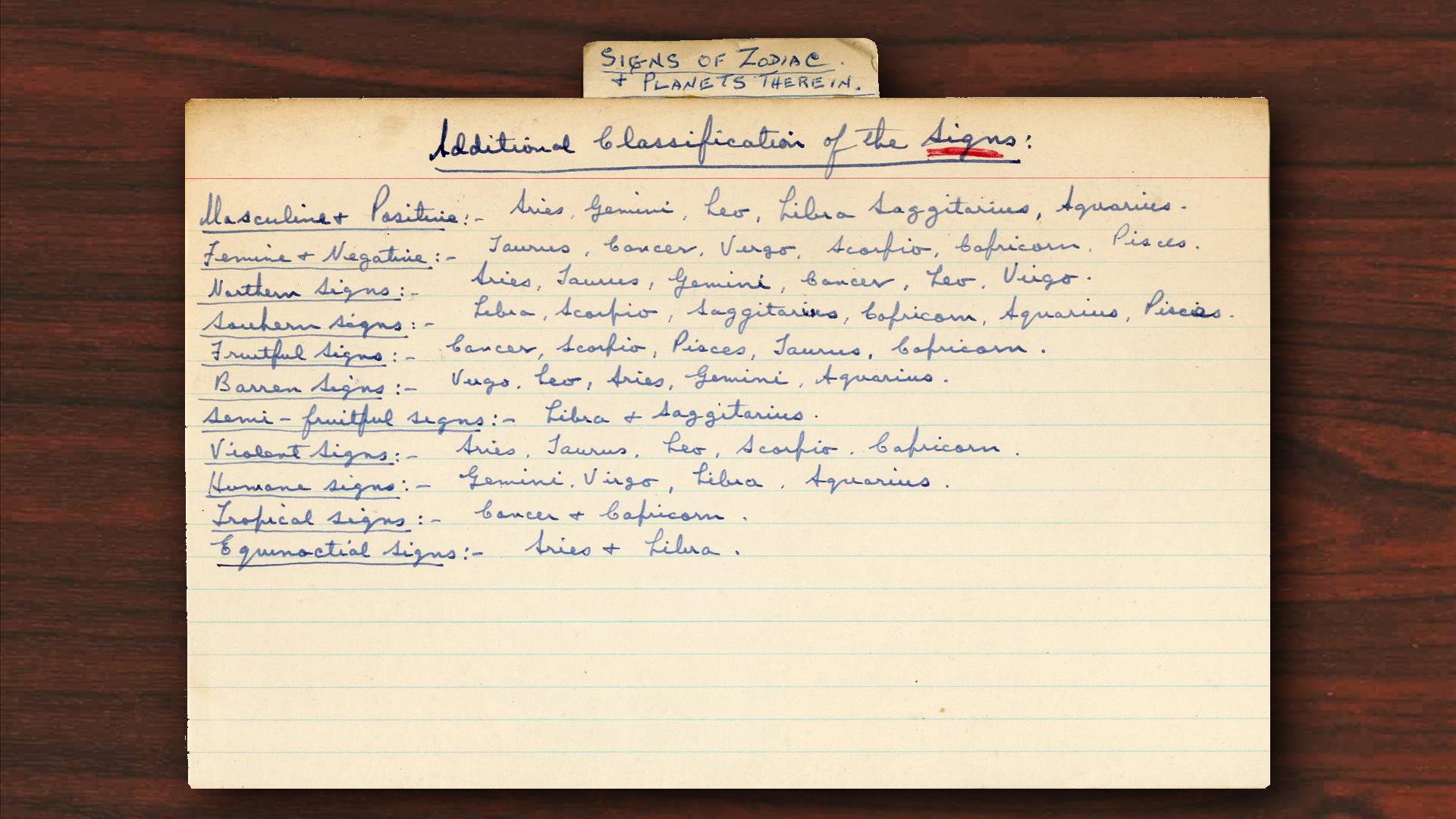 Note: All proceeds from the publication of this online archive collection will go towards...

* The continued compiling, maintaining and publishing of this rare archive for the benefit of astrologers, herbalists and natural healing therapists around the world.

* The creation of a short, fund-raising promotional film, for an even greater project that Tony has committed himself to making. 'CULPEPER ~ A Man of Heaven& Earth' is a full-length, animated feature film in the 17th century woodcut print style, on the life and works of one of the earliest English herbalist/astrologers, the legendary Nicholas Culpeper. Tony intends to weave into this film's storyline many of the remarkable, real-life experiences he shared with Samuel H. Weir in his practice many decades ago. In this way the film will ultimately become Tony's heartfelt tribute to the life and works of two incredible individuals! 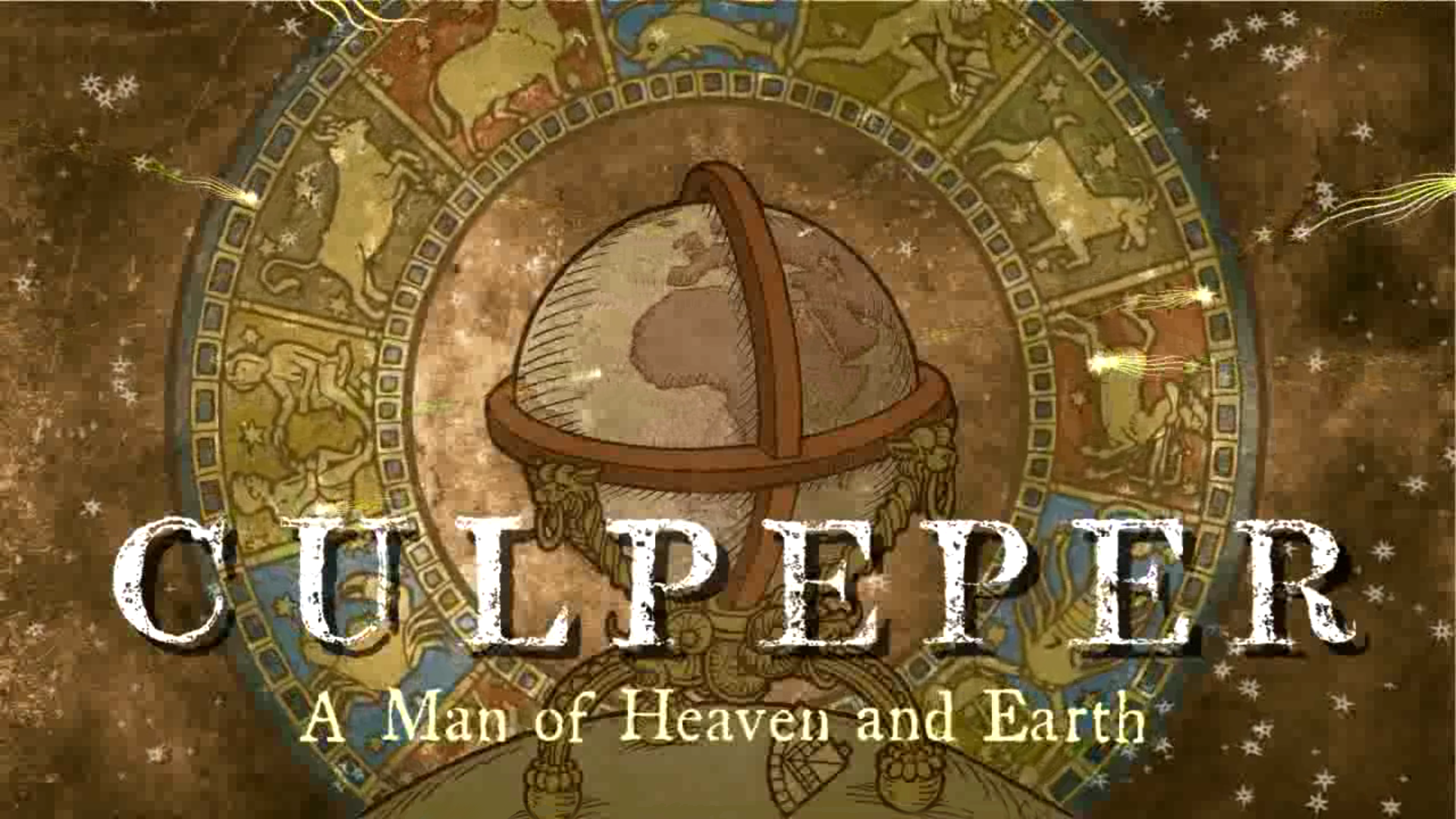 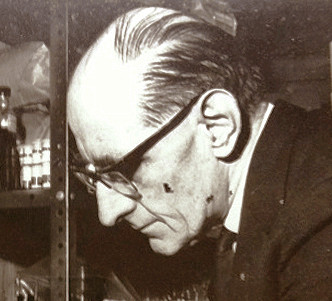 SECTION 01: 'PLANETS IN THE ZODIAC'
Available in days
days after you subscribe

How long do I have access to the course?
You will have access to all this great material for 1 month, or 1 year, depending on which subscription plan you choose.
What if I am unhappy with this material?
We would never want you to be unhappy! If you are unsatisfied with your purchase, immediately contact us in the first 24 hours and we will give you a full refund.
off original price!